US 67 is a major highway and inter­na­tional freight route that starts in rural southwest Texas at the border with Mexico. A 142-mile segment of the road, beginning at the Port of Entry and running north, has experienced increasing traffic in recent years due to growth in population, trade, tourism and oilfield development. As traffic counts have climbed, so too have crashes, causing motorists and residents to raise concerns over safety, access and mobility.

The Texas Department of Trans­porta­tion’s (TxDOT) El Paso District hired CDM Smith to develop a corridor master plan for US 67 to address the safety concerns and potential increases in freight traffic expected along the corridor. The intention for this study was to outline short-, mid- and long-term potential projects to resolve the safety issues and improve travel for the communities along the roadway. Further, the study aligned with TxDOT’s goal to end all fatalities on Texas roadways by 2050.

You can’t really walk 50 people through an intersection, so [using the HoloLens] is a great way to help people understand, ‘Okay what does it look like to put a crosswalk here,’ and sell the ideas to them.

“TxDOT wanted a blueprint for the future,” said Ram Maddali, CDM Smith vice president, client service leader and project manager for the study, “and we understood that to be successful in the department’s eyes, the public needed to feel like their needs were reflected in the master plan.”

“Along the corridor,” said Rebecca Reyes, TxDOT project manager, “there are about 25,000 people. The diversity of the communities really caused us to take an out-of-the-box approach to public involvement.” To achieve TxDOT’s goals, CDM Smith, in partnership with local subcon­sul­tants, developed a strategy that paired conven­tional forms of outreach with novel engagement tactics and an emphasis on using new tech­nolo­gies to advance the study.

At kickoff, a steering committee was formed comprised of county judges and the mayors and government staff from Presidio, Alpine and Marfa—the corridor’s three largest cities. The team then organized an 8-hour bus tour of the full 142-mile corridor with the steering committee and local interest groups. “That was a unique experience to sit next to these officials for an entire day and see the roadway conditions together,” said Maddali. “It gave our team the opportunity to grow our under­stand­ing of each community, its specific needs and pain points.”

Following the bus tour, the study team prepared for three rounds of public meetings each in Presidio, Alpine and Marfa. TxDOT charged the team with finding a hook to spur strong attendance and partic­i­pa­tion in these rural communities. CDM Smith’s solution was to incorporate the Microsoft HoloLens, a cutting-edge mixed reality visu­al­iza­tion tool, to share design concepts with the public.

Using the HoloLens, residents were able to walk through 3D holographic models of inter­sec­tion design alter­na­tives that were projected onto the public meeting floor. “The public was able to see some of the improve­ments we were proposing as if they were built,” said Maddali. “Without spending the money to build anything, and without having to be physically outside in traffic, they were able to look at three or four different options and provide their input, which we recorded and used to build our recom­men­da­tions.” 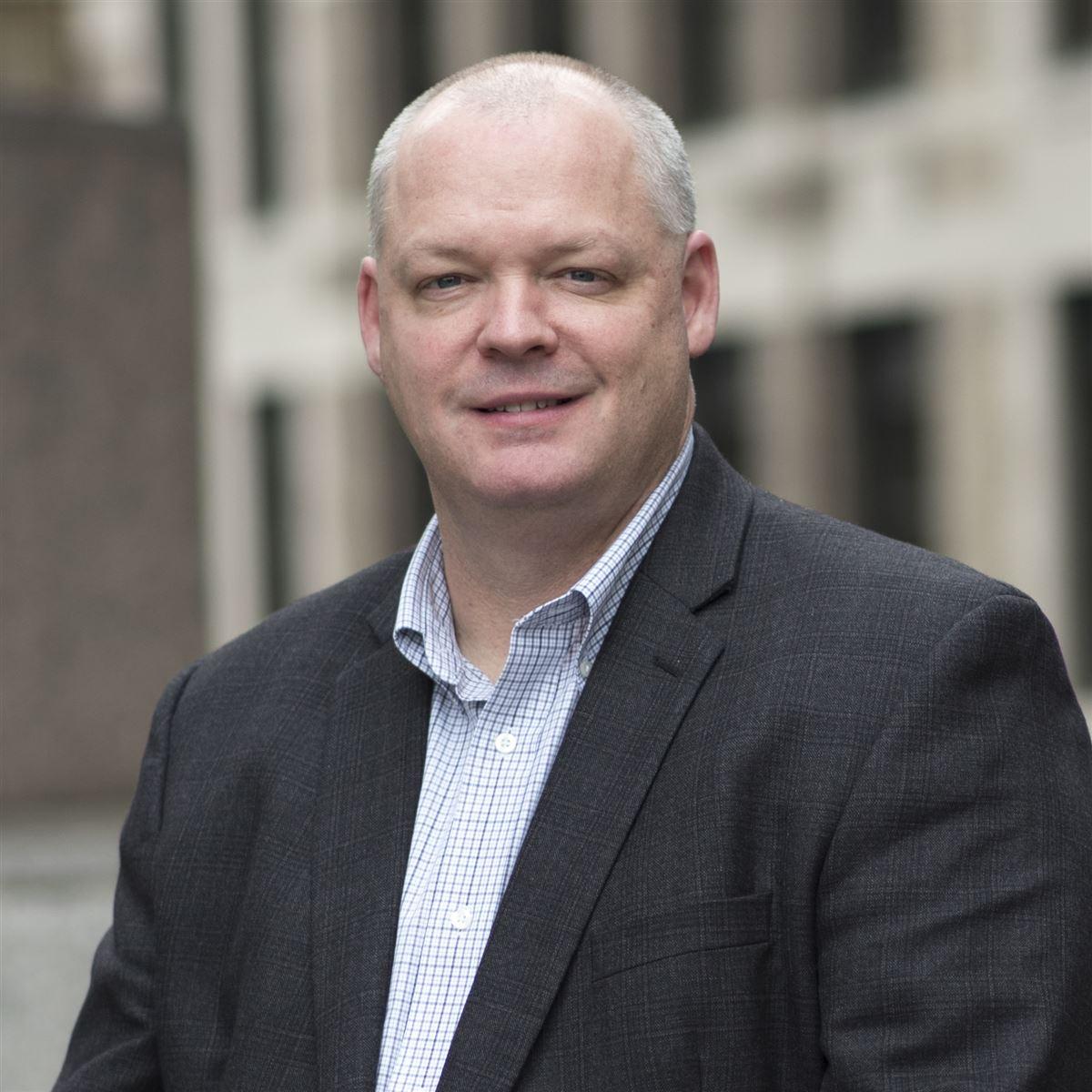 Most people coming off the street had never heard of mixed reality, but you could see that it had an immediate impact on their understanding of the proposals.

At the start of the planning process, the team took an 8-hour bus tour of the entire 142-mile study corridor with county judges, mayors and government staff from the local communities to improve their under­stand­ing of local needs and pain points along the road. 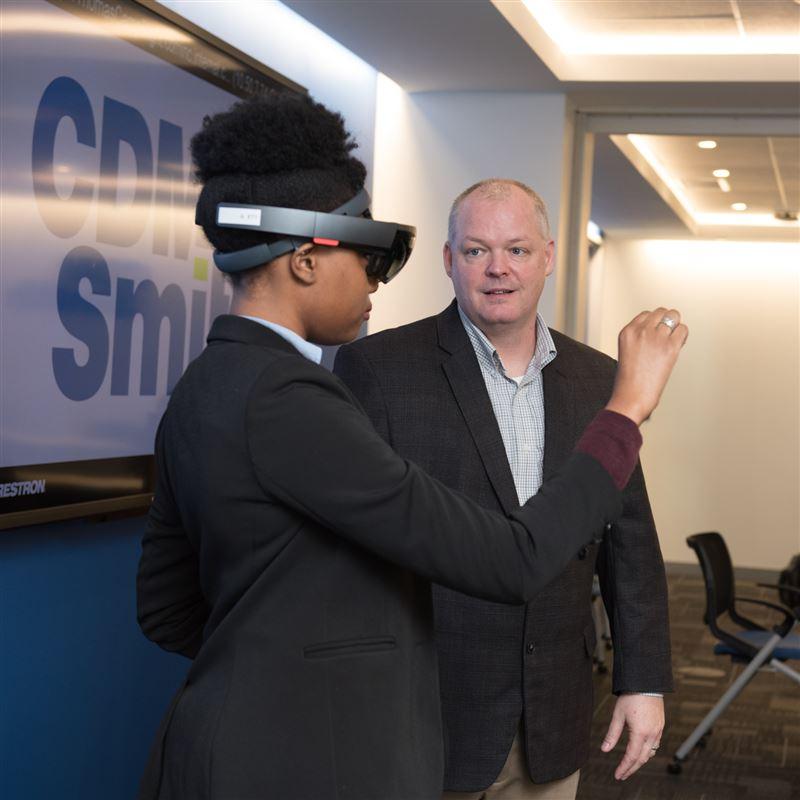 The HoloLens models were created using roadway condition data captured via unmanned aerial vehicle flights over the corridor. That data was then bolstered by traditional traffic data collection and modeling performed by the team. “We added landmarks and buildings to the models to help residents immediately visualize where they were,” said Scott Aldridge, CDM Smith innovation and disruptive tech­nolo­gies leader. “Most people coming off the street had never heard of this technology, but you could see that it had an immediate impact on their under­stand­ing of the designs we were proposing.”

“We got a great response on the HoloLens,” said TxDOT’s Reyes. “It’s an out-of-the-box way to get people involved, from local business owners to the younger generation. You can’t really walk 50 people through an inter­sec­tion, so it’s a great way to help people understand, ‘Okay what does it look like to put a crosswalk here,’ and sell the ideas to them.”

The study team also identified additional innovative and traditional avenues to keep people informed and engaged. One-on-one interviews and meetings were held with various interest groups, including a strong contingent of bicycle and pedestrian advocates.  That group’s interests were met via a complete streets toolbox of design treatments developed by the study team, which could be applied across communities depending upon the context of the street.

A corridor working group was established to deliver study updates and corre­spon­dence through a mailing list. That list included government officials, civic orga­ni­za­tions, local businesses, ranchers and residents. A robust website for the study was created and maintained with virtual public meetings, presen­ta­tions and down­load­able materials posted online for those who could not attend in person. Finally, the study also leveraged an online crowd­sourc­ing tool as a platform to create an ongoing dialogue with the public.

Meet Members of the Team