In November 2015, voters approved the “Levy to Move Seattle,” a 9-year, $930 million measure to improve safety and mobility for all trans­porta­tion system users in and around the rapidly developing Emerald City. Aligned with Seattle’s 10-year “Move Seattle” strategic vision for trans­porta­tion, the levy included funding for seven high-capacity transit corridor projects. One of the seven is the Roosevelt to Downtown corridor. The north-south corridor’s study area stretches approx­i­mately 8.1 miles, passing through burgeoning urban areas, from Northgate, Roosevelt, the University of Washington District and Eastlake to major technology, employment and medical centers in South Lake Union and Downtown Seattle.

CDM Smith was hired by the Seattle Department of Trans­porta­tion (SDOT) to lead the Roosevelt High Capacity Transit Corridor project’s planning and conceptual engineering phases. The agency’s goal was to make transit service faster and more reliable on the corridor, improve pedestrian and bicycle access to transit, and decrease overall congestion. At the time CDM Smith began its study, SDOT had already identified bus rapid transit (BRT) and rapid streetcar service as possible solutions. SDOT tasked CDM Smith’s transit experts with analyzing these scenarios further to help SDOT identify its preferred corridor concept, which it would eventually submit to the Federal Transit Admin­is­tra­tion for funding support.

“Before evaluating the BRT and streetcar alter­na­tives,” said Tim Boesch, AICP, principal project manager, “we needed to get a clearer picture of conditions along the corridor.” Boesch and the CDM Smith team began updating the city’s existing data, collecting large amounts of traffic, inter­sec­tion, transit ridership, demographic and socio-economic information. CDM Smith then prepared a framework to screen the two alter­na­tives. “Instead of performing a lot of modeling,” said Boesch, “we developed a qual­i­fi­ca­tions-based analysis tool to compare the two modes against many areas of desired transit performance.” According to Boesch, this approach saved SDOT costs and ultimately helped the agency select BRT as its preferred alternative.

SDOT was interested in analyzing the different levels of BRT that it could implement while still effectively accom­mo­dat­ing all other modes of trans­porta­tion. Options included dedicated center- and side-running BRT-only lanes, basic King County Metro RapidRide express bus service, or a mix of targeted BRT and complete streets investments designed to align with SDOT’s budget. “Right-of-way was a significant challenge in planning this project,” said Boesch. “A lot of design challenges dealt with finding adequate space for bike lanes, car lanes, parking and dedicated transit lanes within the existing curb-to-curb width.”

This design drawing shows a reconfiguration of one intersection along the corridor, including the addition of a two separated bike lanes, realignment of an existing streetcar and addition of a transit-only lane.

Zooming in, you can see the integration of each mode in the design, as well as access to the transit station.

The project's design included many unique accommodations for bikes, including these one-way bike lanes positioned between the sidewalks and BRT stations, with crosswalks marked to allow pedestrians safe passage across.

Through an extensive public outreach program comprising open houses, stakeholder forums, neigh­bor­hood meetings and an interactive project website, CDM Smith uncovered the most-desired improve­ments. “The flexible approach we took ensured that all residents had a chance to weigh in,” said Bosech. For example, in one stretch of the corridor, the addition of new protected bike lanes to accommodate a high number of bicyclists would require the relocation of parking. “The neigh­bor­hood agreed bicycle facilities and a center turn lane were more important to them than on-street parking,” said Boesch. Feedback like this helped the city realize the importance of investing in “complete streets” improve­ments along the corridor. “Several people urged us to not deviate from transit-first solutions.”

Since CDM Smith determined that full center-running BRT would be too capital intensive for SDOT, the team instead put forth a series of targeted improve­ments at key locations to improve bus speeds. In addition, the initial BRT route was shortened on the north end to align with Sound Transit’s Roosevelt Link light rail station, while still providing service on the busiest parts of the corridor. The now-complete 10-percent block-by-block conceptual design package includes side-running bus lanes in key segments from Roosevelt to downtown Seattle, enhancing the corridor’s signal system to allow for traffic signal prior­i­ti­za­tion, and queue jump lanes at congested inter­sec­tions to give buses first-priority at green lights.

The flexible approach we took [to public outreach] ensured that all residents had a chance to weigh in. Several people urged us to not deviate from transit-first solutions.

Addi­tion­ally, using the National Association of City Trans­porta­tion Official’s Transit Street Design Guide as a benchmark, CDM Smith’s design included multiple accom­mo­da­tions for bikes. “The best BRT projects are also complete streets projects,” said Boesch. “They not only accommodate bus and car traffic but also pedestrians and bikes.” Boesch noted that, because of the community’s feedback about the importance of bicycle access for riders of all ages and abilities, CDM Smith sought to eliminate bus and bike conflicts in its design. This objective resulted in protected bike lanes along a majority of the corridor and additional accom­mo­da­tions at complicated inter­sec­tions.

The combination of these design elements will help SDOT achieve their goals to improve transit speed and reliability and traffic flow, while maximizing safety and access for all users. With the final recommended corridor concept in hand, SDOT will next advance the project’s preliminary design and funding plan. 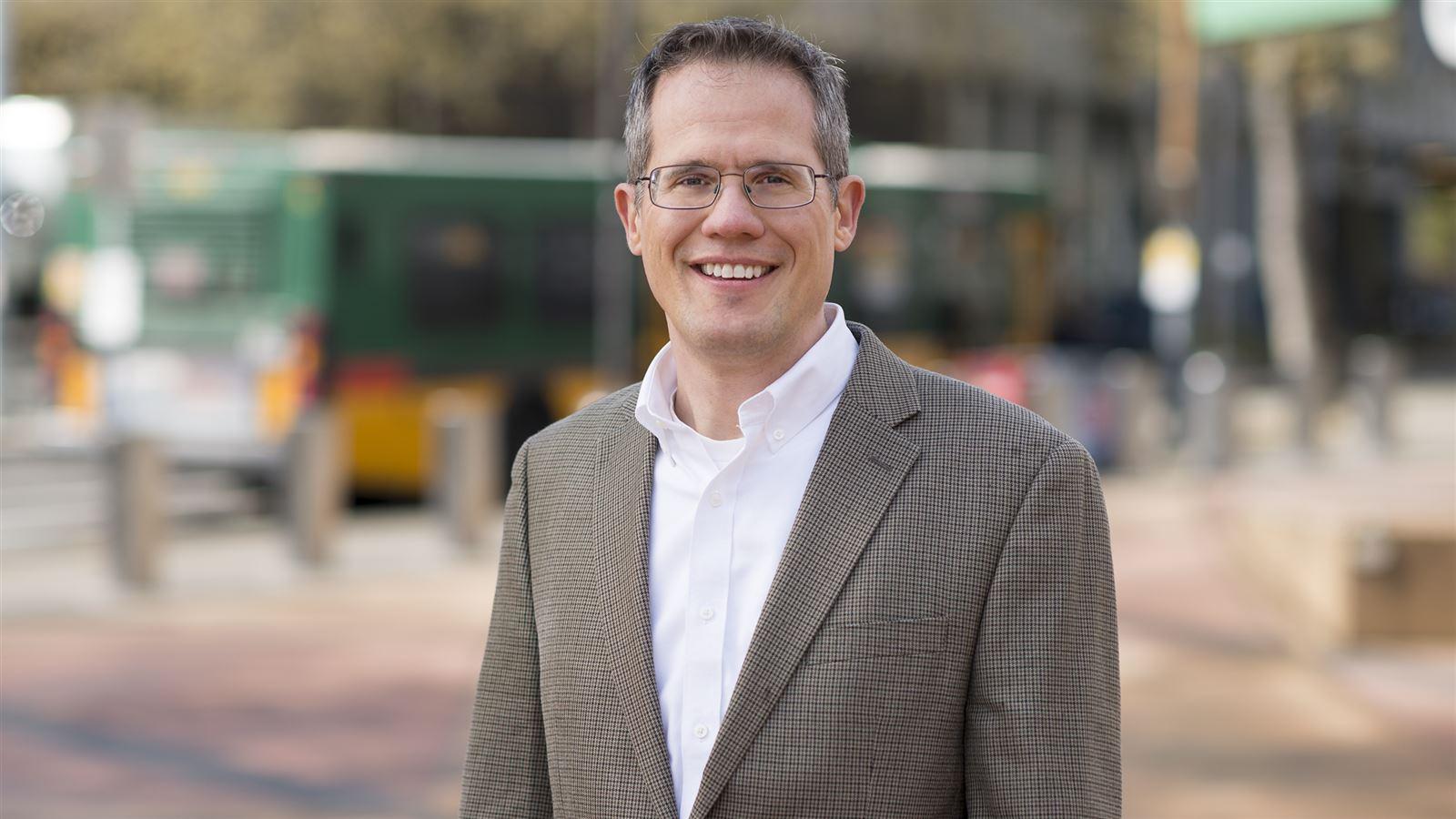 The best BRT projects are also complete streets projects. They not only accommodate bus and car traffic but also pedestrians and bikes.