Getting the Lead Out: Newark's Three-Pronged Approach

Getting the Lead Out: Newark's Three-Pronged Approach
City of Newark | New Jersey
Facing a public health crisis, Newark ramped up its lead service line replacement project to an unprece­dented pace. The project’s goal was to replace over 23,000 lead service lines across the city in under 3 years at no cost to residents or homeowners.

The city of Newark’s Lead Service Line Replacement (LSLR) Program is a $170 million effort to remove lead service lines throughout the city. The lead service lines are being replaced with copper pipes to ensure safe, reliable drinking water to all Newark residents. Sparked by the declaration of a public health crisis, the original eight-year program began in March 2019 and was accelerated six months later.

“Newark was able to move quickly because all of the pieces were in place early on,” said Kim Gaddy, envi­ron­men­tal justice organizer for Clean Water Action of New Jersey. “We had a mayor who was concerned about what was happening in his city, we had a director of our water department who wanted to make sure that residents were safe, we had CDM Smith who was managing the program with the city, and we had the right type of funding that was able to be matched not only from our city, but our county and state.”

Beyond the physical replacement of the service lines, this project involves careful coor­di­na­tion and commu­ni­ca­tion between the city, consultants, contractors and residents. As a community-based project built on trust and safety, there are many steps taken to reach, educate, get buy-in, and even employ Newark residents.

“I’m proud of what our city is accom­plish­ing with the Lead Service Line Replacement Program,” said Kareem Adeem, director of Newark’s Department of Water and Sewer. “The city of Newark’s progress helps to ensure residents feel safe when they are drinking water from their tap.”

Brian Kearney, CDM Smith associate and program manager, described this effort as having a three-pronged approach—lead service line replacement, point of use filter distri­b­u­tion, and corrosion control treatment.  “The Lead Service Line Replacement has really been the focus of the program. It's been a huge effort on behalf of the city, CDM Smith, and Newark residents to replace all the lead service lines,” said Kearney.

Newark first distributed point-of-use filters in 2018 to protect residents from high lead levels while the corrosion control system took effect and before they could have their line replaced. The city further improved this program in 2019 by providing accessible education materials for residents about point-of-use filtration. Education includes how to install filters, how often to replace filters, and why to continue using filters even after the lead service line is replaced. There is often a temporary spike in lead levels when the service line is removed.

The third and final prong is the corrosion control system. “Corrosion control treats the water to coat the interior of the pipe and prevent lead from leaching into the water. The temporary system went online in May of 2019 and the design of new permanent system is being finalized,” Kearney said.

The Lead Service Line Replacement has really been the focus of the program. It's been a huge effort on behalf of the city, CDM Smith, and Newark residents to replace all the lead service lines

Building a strong database and management system has been crucial to the success of the project. Newark had previously compiled a robust GIS database in response to New Jersey Water Quality Regulations with records dating back to 1900. These records pointed to where all the lead service lines were in their water system paired with customer data. Being GIS-based, the records were then paired with a project management tool called E-Builder, so the team of contractors, inspectors, consultants, and city repre­sen­ta­tives could easily track and update the replacement progress.

“It's critical to have clean data so that we have all of our stake­hold­ers on the same page,” said Mark Zito, Trinnex’s GIS specialist. Zito helped pull together a compre­hen­sive dashboard to share digestible real-time project information like how many lines have been replaced to date or a timeline of the replacement rate since the start of the project. Most of this key information is also shared on the public-facing website in multiple languages.

Take an inside look at the project dashboards in the video below:

A Look at Newark's LSLR Dashboards

Under the initial LSLR contract in early 2019, less than 3% of Newark residents signed up. During this time, the program was voluntary, and homeowners or residents were responsible for covering a $1,000 replacement fee. Most of those who signed up during this phase were more affluent homeowners. In a city where 75% of the residents are renters, it was difficult to get traction among homeowners and landlords not currently living at the location.

By September 2019, Newark passed ordinances to make the program free and mandatory to all residents with a lead service line. Removing the financial barrier opened the program to the entire city, not just those who could afford it; ensuring an equitable program. The field teams went from replacing 10-15 lines a day to replacing an average of 100 lines per day by January 2020.

To account for additional COVID-19 health and safety precautions, the replacement rate slowed down to an average of 30-40 replace­ments in the spring and then slowly built back up to 50 replace­ments in the summer. The project is on track to be completed by the end of 2021. Real-time data for the replacement progress can be found at the project website.

In July 2020, the city of Newark announced that its lead testing results were below the federal lead action level due to the corrosion control treatment implemented. “This effort really begins with leadership–the mayor, the admin­is­tra­tion, the council, and most and foremost, the people in the city of Newark. We would not have been able to make this progress in such a short period of time without the full cooperation of the people of the city. We still have quite a bit more work before we can say we’re done, but we’re on the right path and I’m grateful to be part of this great accom­plish­ment,” said Tom Schoettle, CDM Smith senior vice president.

“My sincerest thanks to the City of Newark for letting CDM Smith partner in this program,” said Brian Farrelly, a construction manager at CDM Smith who managed day-to-day operations of the program. “Together, we have made a great accomplishment in under three years! Newark is a model for all cities and water supply agencies challenged with lead line replacement in the upcoming years.”

To say this is one large effort is an under­state­ment, because each replacement is a big project to the individual residents. 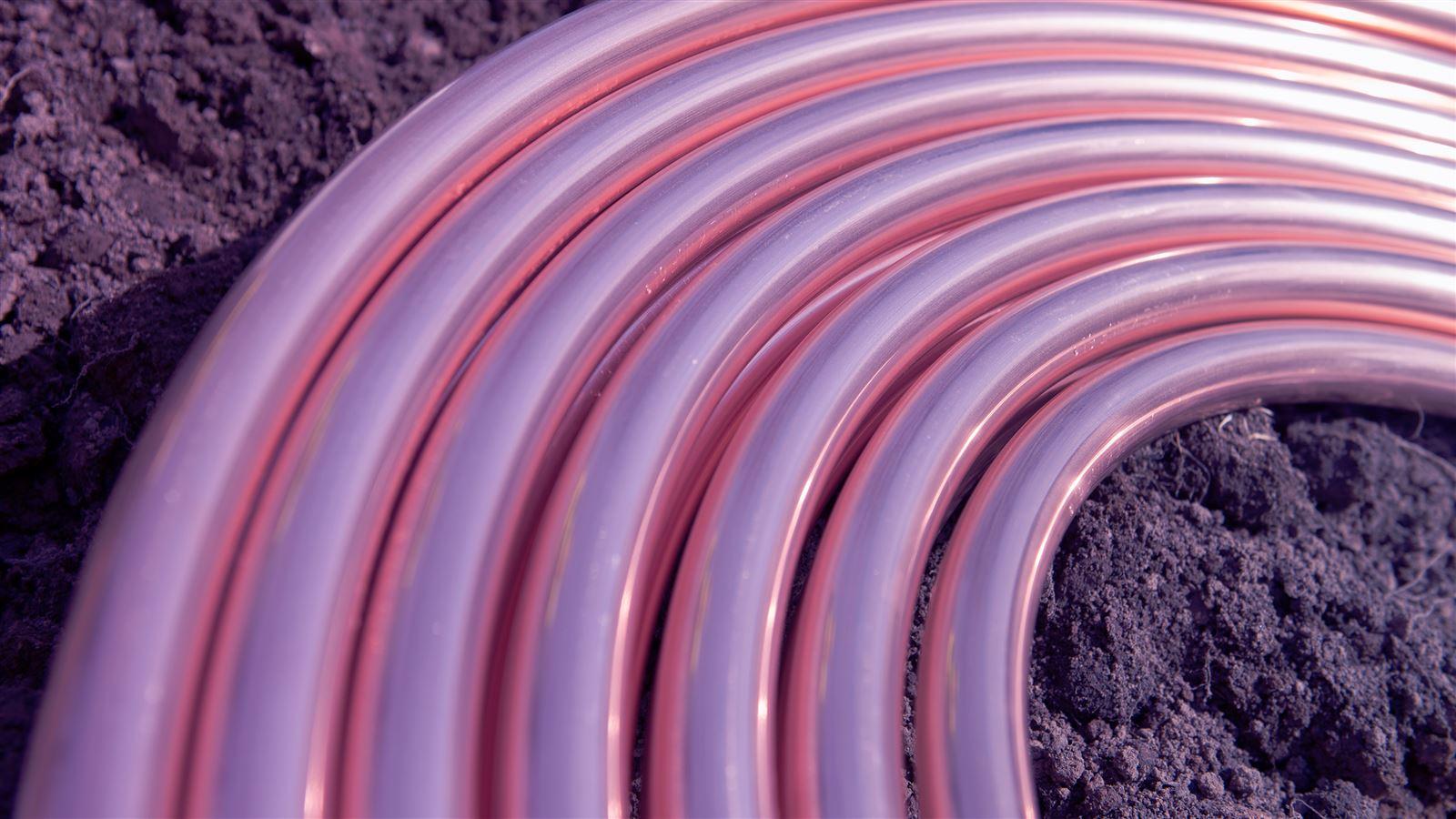 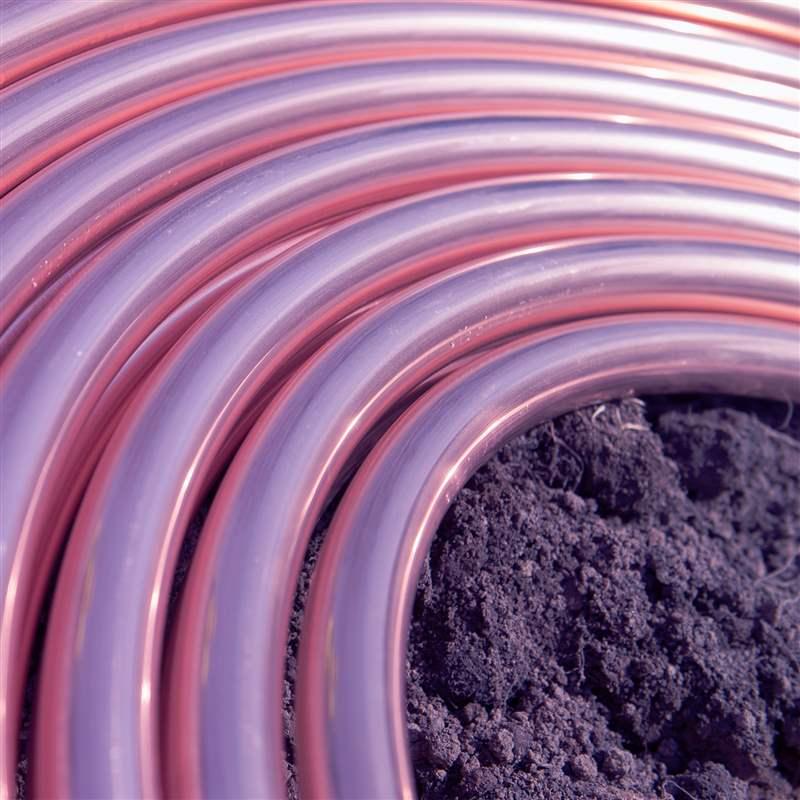 How Newark is Getting the Webinar
18,000+ lead service lines removed in record time, even through the pandemic. Outstanding community engagement, data visualization and corrosion control treatment. Learn how they did it and earn a free PDH.
Watch the Webinar