From Organic Waste to Energy Independence

For many years, GLSD has been a leader in water reclamation and beneficial reuse of biosolids. To take advantage of state regulations and economic oppor­tu­ni­ties, GLSD has built an Organics to Energy Project that will allow the WWTP to convert both biosolids and organic food waste from local sources into clean power. At full-scale waste processing rates, this innovative project will allow GLSD to operate off the grid during many operating conditions, and could generate up to $2.5 million in annual power cost savings.

A Strong Partnership and a History of Leadership
GLSD and CDM Smith have been working in partnership for 40 years. After CDM Smith completed early studies to determine the optimum site for a new WWTP along the Merrimack River, GLSD engaged the firm to design and oversee construc­tion of its WWTP, which opened in 1977. Since then, generations of CDM Smith engineers have collab­o­rated with coun­ter­parts at GLSD to build and continually improve one of the nation’s leading water reclamation utilities.

“GLSD was one of the first utilities I worked with in my career,” says CDM Smith vice president Michael Walsh, PE, BCEE. “In the late 1990s and early 2000s, we worked with the District to move from sludge disposal to beneficial use of biosolids. The current Organics to Energy project takes GLSD to the next level of innovation, using biosolids and food waste organics to generate power and move towards net-zero energy use. It’s all part of GLSD’s industry leadership in adopting new tech­nolo­gies to improve the sustain­abil­ity, energy efficiency, and overall performance of plant operations.”

Blending the Best of Public and Private
Between 2000 and 2004, the District constructed a new solids train that includes anaerobic digesters, centrifuges and a thermal drying system that produces a pelletized fertilizer product. This upgrade moved GLSD from sludge incin­er­a­tion and landfill disposal to beneficial use of biosolids, and reduced cost while greatly improving the sustain­abil­ity of GLSD plant operations.

GLSD is focused on innovation and is always thinking about what the next development will be.

This project was not only technically innovative, but also pioneered the strategic use of private financing and operations. After careful analysis of all project delivery options, GLSD decided to implement new sludge thickening, digestion and dewatering facilities under a traditional design/bid/build format, while implementing the thermal drying portion of the project under a design-build-operate (DBO) contract arrangement.

Under this approach, the DBO contractor has been responsible for operation of the thermal drying process and for marketing and distribution of the biosolids product. This private-public partnership (P3 approach) allows GLSD to own the entire facility and direct the aspects of operations that are core to its identity, while drawing upon private-sector risk-management skills for certain specialized elements of the operation.

A hydrogen sulfide and siloxane treatment system cleans the biogas prior to beneficial reuse.

“GLSD is fo­cused on in­no­va­tion and is al­ways think­ing about what the next de­vel­op­ment will be, what the next op­por­tu­nity will be,” says pro­ject man­ager Ben­jamin Mosher, PE, BCEE. “They’re out in front, find­ing things that make both en­vi­ron­men­tal and eco­nomic sense.”

GLSD is out in front, finding things that make both environmental and economic sense.

Making Net-Zero a Reality
The Organics to Energy Project is now fully operational,  allowing GLSD to operate completely off the grid during many conditions. New features include: 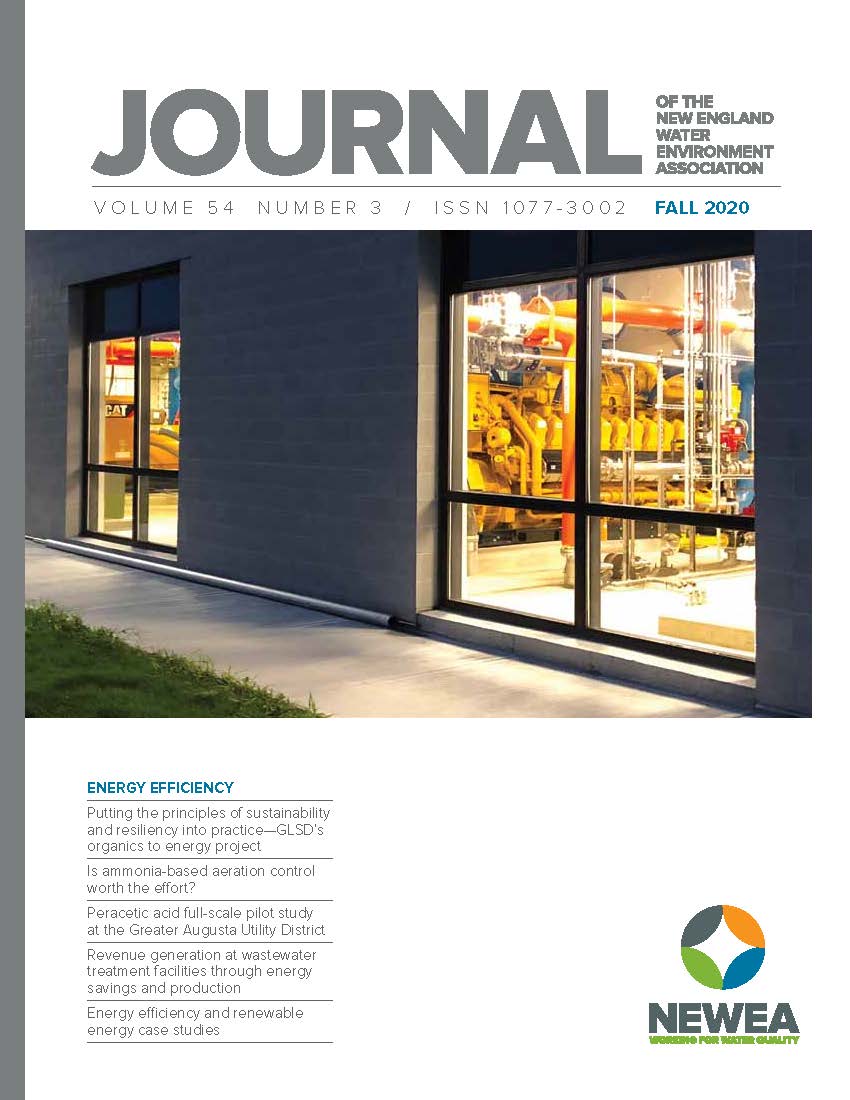