Will Transit-Oriented Development Work in Your Community?

Insight
Will Transit-Oriented Development Work in Your Community?
Your community can increase the success rate of generating transit-oriented development by employing these strategies.

Transit-oriented development (TOD) is a growing trend in urban planning and a proven economic growth strategy, but will it work in your community? According to CDM Smith's senior architect Benjamin Harber, AIA, LEED AP, NCARB, any city or town can realize the benefits of TOD if it follows these tenets:

Successful TOD teams are diverse and include the community. TOD planning and execution should not be limited to urban planners, engineers and architects. “TOD touches many aspects of urban life and, therefore, needs to serve multiple business and community interests,” said Harber. Successful TOD planning should also include economists, market specialists, sustain­abil­ity experts, landscape architects, brownfield experts, public involvement profes­sion­als and private developers. And perhaps the most essential party is the community. “Residents need to understand the benefits and value that TOD will give them and have the opportunity to provide feedback,” he said. Community involvement is also important in addressing concerns related to gentri­fi­ca­tion and displace­ment. To engage the community, he recommends employing a mix of outreach tactics, including public open houses, design charrettes and visual preference surveying. The latter is a great way to capture the community’s opinions on various design concepts for streets, buildings, parks and trans­porta­tion systems. It can also help reduce misun­der­stand­ings about TOD and its effects on daily life. Addi­tion­ally, there are several online tools that can help capture feedback from those who cannot or will not attend in-person sessions.

TOD should reflect the unique char­ac­ter­is­tics of the community. While the goals of TOD—improving transit ridership, increasing economic development, reducing travel demand by single-occupant vehicles, optimizing infra­struc­ture, making cities more walkable and connected, and reducing envi­ron­men­tal impacts—are similar from community to community, the way TOD looks and feels should be unique to each community. “For example, creating TOD in Chicago, where you’re building into an existing urban fabric, will look much different than if you’re trying to generate TOD in a town in Maine,” said Harber. “You have to consider your situation, but if you start with the main goals in mind, you can take many directions and still be successful.” TOD should also be highly contextual and authentic. “It should reflect the vernacular of the area and community,” he said, giving examples such as density, history, culture, archi­tec­tural styles, colors and roof styles. “At the end of the day, people need to relate to the changes, and the changes have to look like they belong.”

TOD requires a strong under­stand­ing of public-private part­ner­ships. For TOD to work well, according to Harber, transit agencies must go beyond traditional roles. “Gone are the days when an agency will say, ‘We just take care of transit,’” he said. “Now, agencies are taking on a greater role, partnering more and bringing the private sector to the table.” When selecting developers, Harber recommends visiting their previous work to make sure you are comfortable with their capa­bil­i­ties and achieve­ments. He also suggests bringing in a team of developers as opposed to one. “There are a lot of reasons to not put all your eggs into one basket,” he said. “Developers could lose financing or lose interest in the project.”

The cities and districts that understand walkability will succeed in getting developers and businesses to invest and create new jobs, in attracting people to move there, and in getting more people to use transit.

Land aggregation is a key to attracting developers. Cities often own land adjacent to transit stations, said Harber, but those parcels can be fragmented or unconnected. “If you can acquire a critical mass of sites, it’s easier to package them together to generate interest and excitement within the development community.” Harber and CDM Smith’s team helped the Chicago Transit Authority (CTA) do this as part of the agency’s Red and Purple rail modern­iza­tion program. “We looked at how we could not just end up with little parking lots or unusable strips of gravel but developable parcels.” Purchasing additional right of way not only helped CTA create more enticing parcels for developers, but they were also able to use the added right of way to support more efficient construc­tion staging during the project.

TOD must integrate systems and facilitate mode shift by creating walkable places. Vehicles, pedestrians, bicycles, buses, light rail—all have competing needs that have to be balanced. To improve trans­porta­tion choice, people need to be able to switch between modes of travel easily. According to Harber, the key is to plan and design your project with walkability in mind. “The cities and districts that understand walkability will succeed in getting developers and businesses to invest and create new jobs, in attracting people to move there, and in getting more people to use transit,” he said. Though it can be difficult to convince people to avoid jumping into their cars for daily tasks and trips, “When you don’t overdesign for cars, you will create places that are safer, more secure, more active, and more attractive.”

Finally, smart curb management today will enable TOD tomorrow. The type of parking we take for granted today is soon to be obsolete. “When designing for TOD, cities need to allocate more space for shared vehicles like Uber and Lyft, more curbside deliveries and future autonomous fleets,” said Harber, adding that regressive or restrictive parking policies can make or break TOD success. “With forward-thinking strategies,” he said, “we can avoid issues we might be seeing today with double-parked Ubers that are making areas less safe to navigate.”

Reflecting on how TOD is generated, Harber noted that there is no one-size-fits-all-solution but being proactive today can set your community up to reap the most rewards. “Agencies and communities will take different paths, and that’s okay,” he said. “Sometimes you can begin this development process with lead time, and in other cases you may be playing catch-up. I can’t emphasize enough, though, that planning ahead is the most important thing. The planning we do today allows for the success we hope to have in the future.” 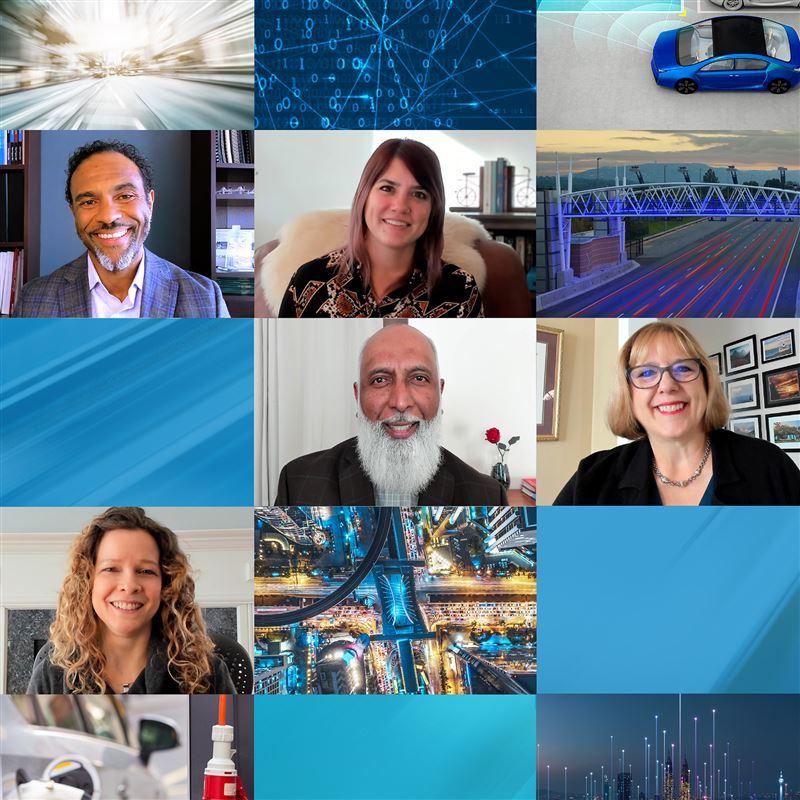 Transportation On-Demand Advisor
Unpack your challenges with a team that sits at the nexus of revenue forecasting, innovative technologies and operational efficiency.
Explore