Denver Water and CDM Smith have col­lab­o­rated to develop sig­nif­i­cant in­no­va­tions that help ensure drinking water pipelines are safe for public health. Research and de­vel­op­ment (R&D) projects using ozone have es­tab­lished the po­ten­tial for faster, cleaner and easier dis­in­fec­tion. Using these new methods, the team has dis­cov­ered a safe and ef­fec­tive way to dras­ti­cally reduce the time needed to complete most pipeline dis­in­fec­tion tasks, while at the same time un­cov­er­ing a more ef­fec­tive treat­ment that can kill even the most per­sis­tent bacteria.

After a water main is in­stalled or re­ha­bil­i­tated, it must be dis­in­fected before being used. For decades, dis­in­fec­tion with chlorine com­pounds has been the standard practice. This entails filling the pipe with highly-chlo­ri­nated water or calcium hypochlo­rite tablets and letting it stand for 24 hours before dechlo­ri­nat­ing the pipe. While ef­fec­tive, this method is slow and ex­tremely labor-in­ten­sive. It involves the use of po­ten­tially haz­ardous chem­i­cals and must be care­fully mon­i­tored for en­vi­ron­men­tal impacts. And, if the dis­in­fec­tion is not suc­cess­ful, the entire process must be repeated, or the pipe must be replaced.

The team devised a trailer-mounted ozone system that injects ozonated water into one end of a pipe segment filled with finished water, monitors the ozone residual at the other end, and then neu­tral­izes the ozonated water as it is dis­charged to the en­vi­ron­ment. The trailer-mounted ozone system quickly became a useful tool in Denver Water’s arsenal, and an award-winner for research in­no­va­tion. Schulz says of the results, “The ozone system sig­nif­i­cantly saves time and money by reducing a 24-hour process to a 4-hour trip.”

The minds of water in­no­va­tors never stop working, however. Because ozone in the liquid phase is more unstable than chlorine and decays in several minutes to oxygen, the liquid-phase ozone system’s ef­fec­tive­ness is limited to 1,000 feet of 12” diameter pipe. Schulz says, “I con­tin­u­ally look at tech­nol­ogy and processes and see where the lim­i­ta­tions are. I’m always con­sid­er­ing if there’s a better way to do the things we’re doing.” Schulz kept thinking through Denver Water’s ozone break­through. What if ozone in the gas phase—a more stable con­di­tion than liquid—could be used to achieve the same results as the previous project, while opening up the pos­si­bil­ity of dis­in­fect­ing larger pipelines? Schulz and Denver Water soon de­vel­oped a second R&D project to explore whether ozone gas could offer further im­prove­ments.

After Schulz re­cruited Clear­wa­ter Tech, a Cal­i­for­nia-based vendor with ex­ten­sive ozone ex­pe­ri­ence in the food, beverage and swimming pool in­dus­tries, the team de­vel­oped a system using two portable carts. One cart gen­er­ates high-con­cen­tra­tion ozone gas that is diluted with a low-pressure air flow stream. The blended ozone gas stream is then forced into the pipe at a rea­son­able velocity until the gas can be detected at the other end. Once the ozone gas has filled the pipe, the pipe is pres­sur­ized. The ozone gas “pushes in” to the pipe wall, dis­in­fect­ing it thor­oughly. Then a blower is used to displace the ozone with air and the ozone is de­stroyed at the other end of the pipeline by the second cart. The entire process takes ap­prox­i­mately 20 minutes. 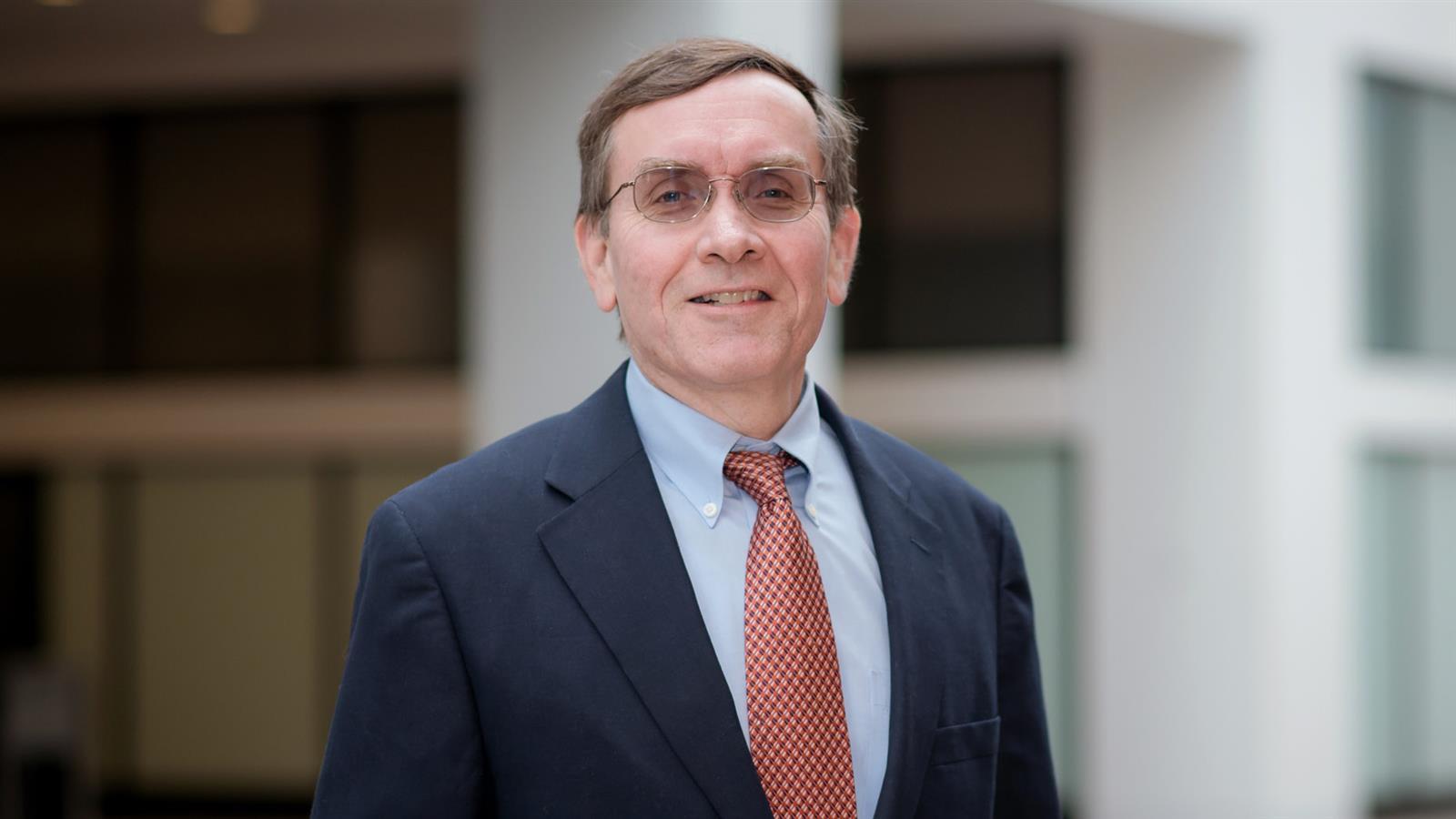 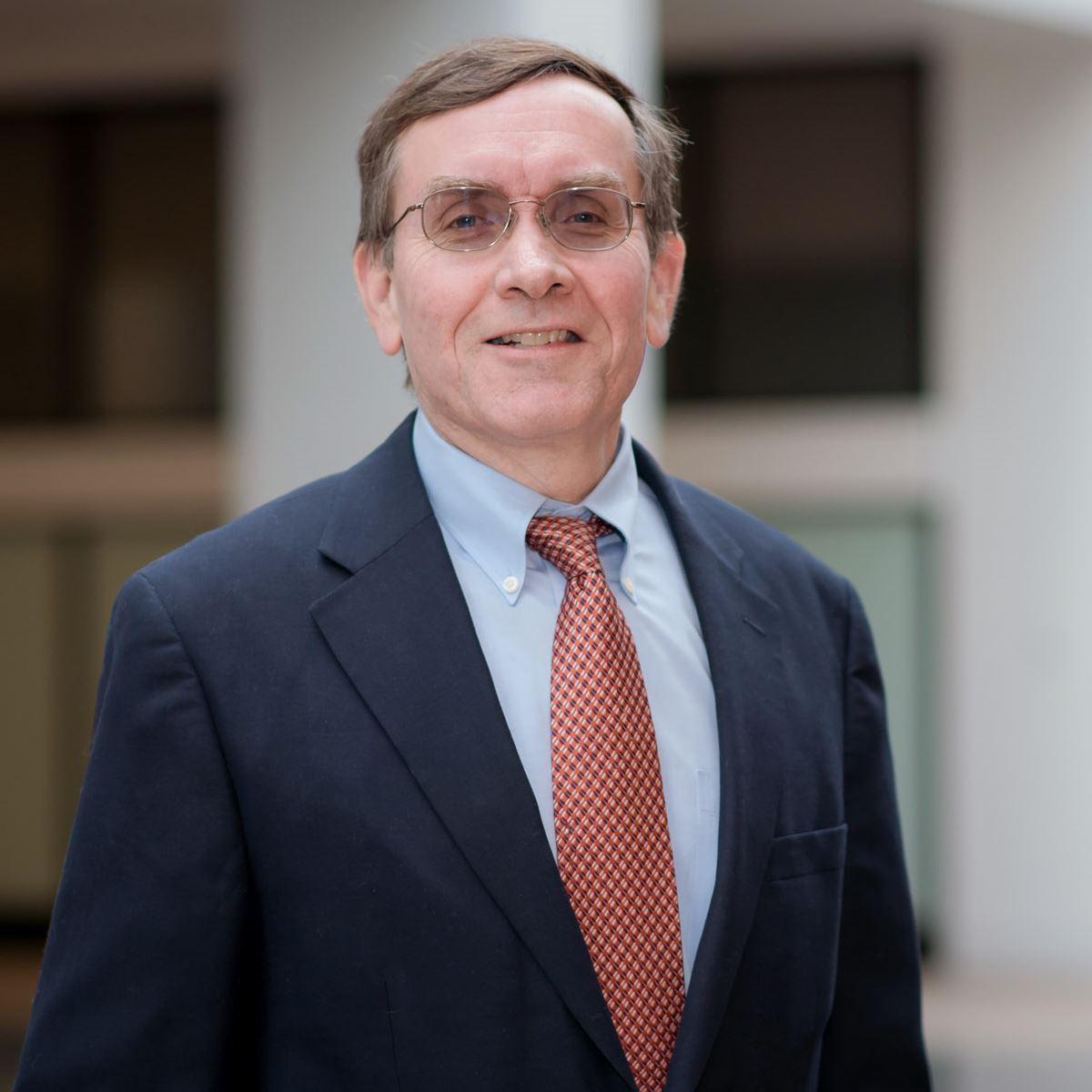 R&D projects with progressive utilities allow us to potentially improve upon traditional ways of doing things. 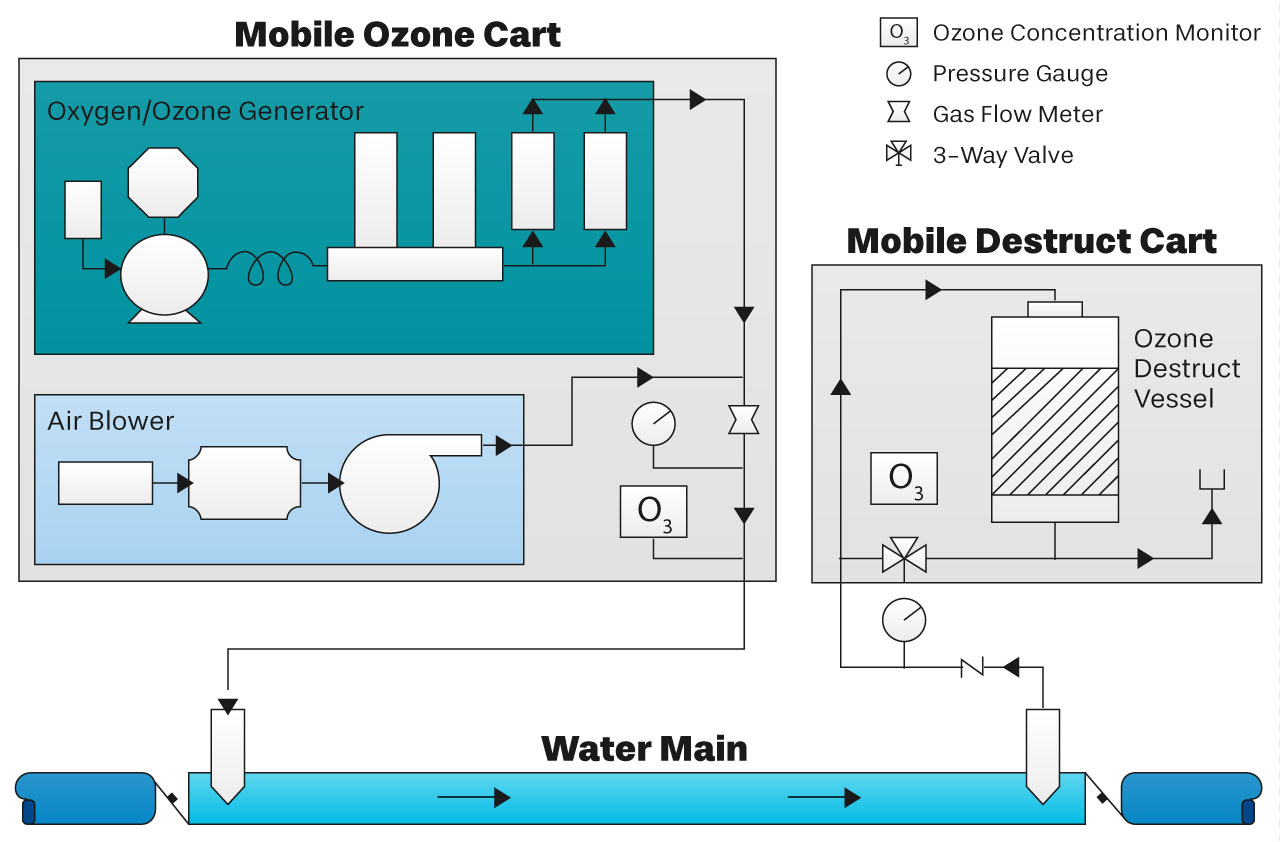 Thus far, the ozone gas system has been tested at bench scale and at demonstration scale. Limited field testing has shown promising results, particularly in cases where chlorination failed to achieve successful results; under normal conditions, this would require a complete pipe replacement. “It takes some pretty tenacious bacteria to survive 24 hours of exposure to super-chlorinated water, but they couldn’t survive 20 minutes of the ozone gas,” says Schulz.

While field tests continue, the potential of a larger role for ozone gas in pipe disinfection appears significant. “I’ve worked on many research and development projects, and not all can be commercially realized, but I think this one has a real chance,” says Schulz. “Working with progressive utilities like Denver Water provides the opportunity to try something new and potentially improve upon the traditional way of doing things.”