BRT is a popular transit solution because it offers all the benefits and speed of a light rail train experience while providing a more cost-effective solution with greater appeal to pedestrians, bicyclists and other travelers. Knowing the different BRT options is important before considering BRT for your city. The different transit lane types within a BRT system serve diverse demands and priorities, catering to a variety of situations to deliver a superior transit system that fits your unique needs. You’ll need to consider the level of ridership and available space for infra­struc­ture before deciding if a BRT solution is right for you. Below, we offer descrip­tions of the variations on BRT and examples of where these solutions are success­fully being applied to help cities and towns achieve their trans­porta­tion goals.

As Michigan’s first-ever BRT system, the Grand Rapids Silver Line is providing ground­break­ing service with the help of dedicated lanes. The 9.6-mile BRT system crosses through three munic­i­pal­i­ties and offers contem­po­rary features like real-time lighting via each shelter’s rooftop, level boarding capa­bil­i­ties and precision docking for full wheelchair acces­si­bil­ity for a modern experience. Since its opening in 2014, the Silver Line has reduced route travel time from 45 minutes to 27 minutes and has increased ridership by about 2,300 riders per day (or about 40 percent) thanks to the benefits of dedicated lanes. 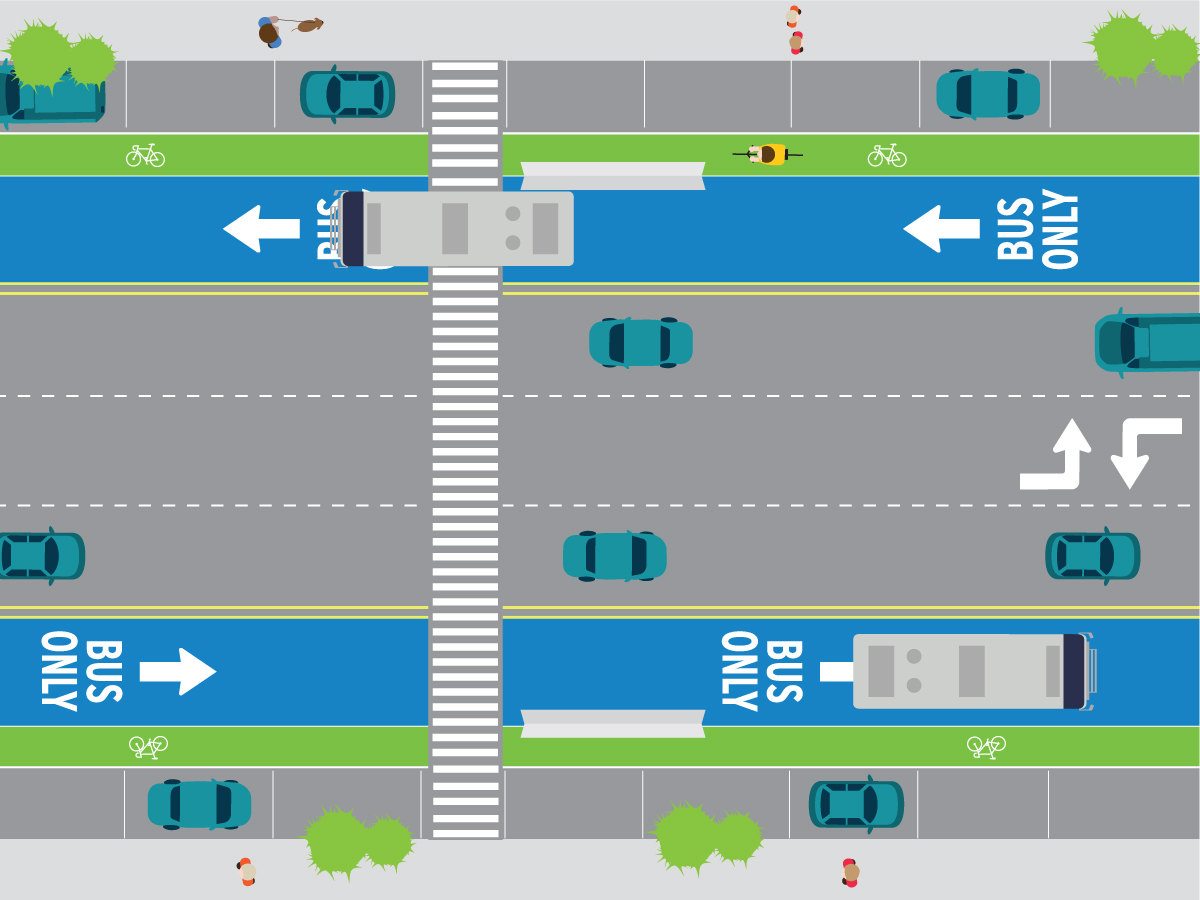 Bi-directional
A variation of the dedicated lane, bi-directional lanes function as bus-only lanes but allow bus traffic traveling in both directions to share a single lane. Transit signal prior­i­ti­za­tion technology plays a vital role in an operable bi-directional lane, indicating lane avail­abil­ity by signaling to buses when it is safe to continue and stopping them at the BRT stations or holding points when the lane is in use. The bi-directional lane provides the same benefits as a singular dedicated lane without the need for an additional bus lane, helping preserve space for parking spaces and maximizing lane usage along built-out corridors with limited/premium right-of-way.

When fully operational in 2018, the Indi­anapo­lis IndyGO Red Line BRT will take the title for Indiana’s first BRT system as well as Indi­anapo­lis’ first all-electric BRT, rolling out impres­sively quiet all-electric buses releasing zero emissions. Phase I of the Red Line, at 13.5 miles in total length, will feature one of the longest bi-directional BRT lanes in the US (3.5 miles), helping eliminate the need for an additional bus lane, minimizing construc­tion and maintenance costs, maximizing the available right-of-way, and maintaining most of the on-street parking that was a priority for the community members along the corridor. The Red Line will help to increase mobility standards for Indi­anapo­lis, providing efficient transit service to more than 100,000 residents within walking distance of the BRT’s 28 stations and making the Red Line a smart public trans­porta­tion solution. Mixed Flow Lanes
Mixed flow lanes cater to both buses and regular traffic vehicles, a good option for prior­i­tiz­ing buses even when dedicated lanes are not attainable. Though both transit and non-transit vehicles share these mixed flow lanes, special design features can be added to enhance the BRT travel experience. Elements such as traffic signal prior­i­ti­za­tion and queue jump lanes—special priority lanes that help reduce transit delays at busy inter­sec­tions and optimize lane integration for buses—help prioritize buses and provide them with right-of-way privileges in these mixed flow lanes. Mixed flow lanes require little to no roadway redesign, making them a cost-effective option for BRT systems seeking improvement over a regular bus system. In addition to low imple­men­ta­tion costs, mixed flow lanes help maintain connec­tiv­ity with local buses adjacent to the roadway. Hybrid bus lanes alternate between dedicated bus-only portions and mixed flow portions. Sometimes called business access travel (BAT) lanes, these lanes leverage both the benefits of dedicated lanes and the benefits of mixed flow lanes, helping maintain connec­tiv­ity to local businesses in some areas while still prior­i­tiz­ing speed and reliability in others. This customiz­able solution can be tailored to a city’s individual needs, helping address varying demands and priorities throughout the route one block at a time.

The Indi­anapo­lis IndyGO Red Line BRT system incor­po­rated the BAT lanes in the downtown area provide access to business and parking buildings along while providing premium transit service along these built-out corridors.

Contraflow Lanes
Contraflow lanes are dedicated lanes traveling against the flow of general traffic, enabling buses to travel both with and against the flow of general traffic on a one-way street. These lanes preserve space and maintain speed even throughout heavy congestion by eliminating the costly need to create another bus route and bus station while delivering faster transit time.

Each BRT system is a custom-fit for the town or city it resides in, utilizing these different lane types to provide the highest level of transit service for residents and visitors. Cities have varying demands, priorities, levels of ridership and avail­abil­ity of infra­struc­ture. While the different types of BRT lanes all serve varied situations-ranging from improved travel times, speed, reliability and frequency of service-all lane types have one common char­ac­ter­is­tic: to improve transit and serve the community. This is what makes BRT such a smart solution. 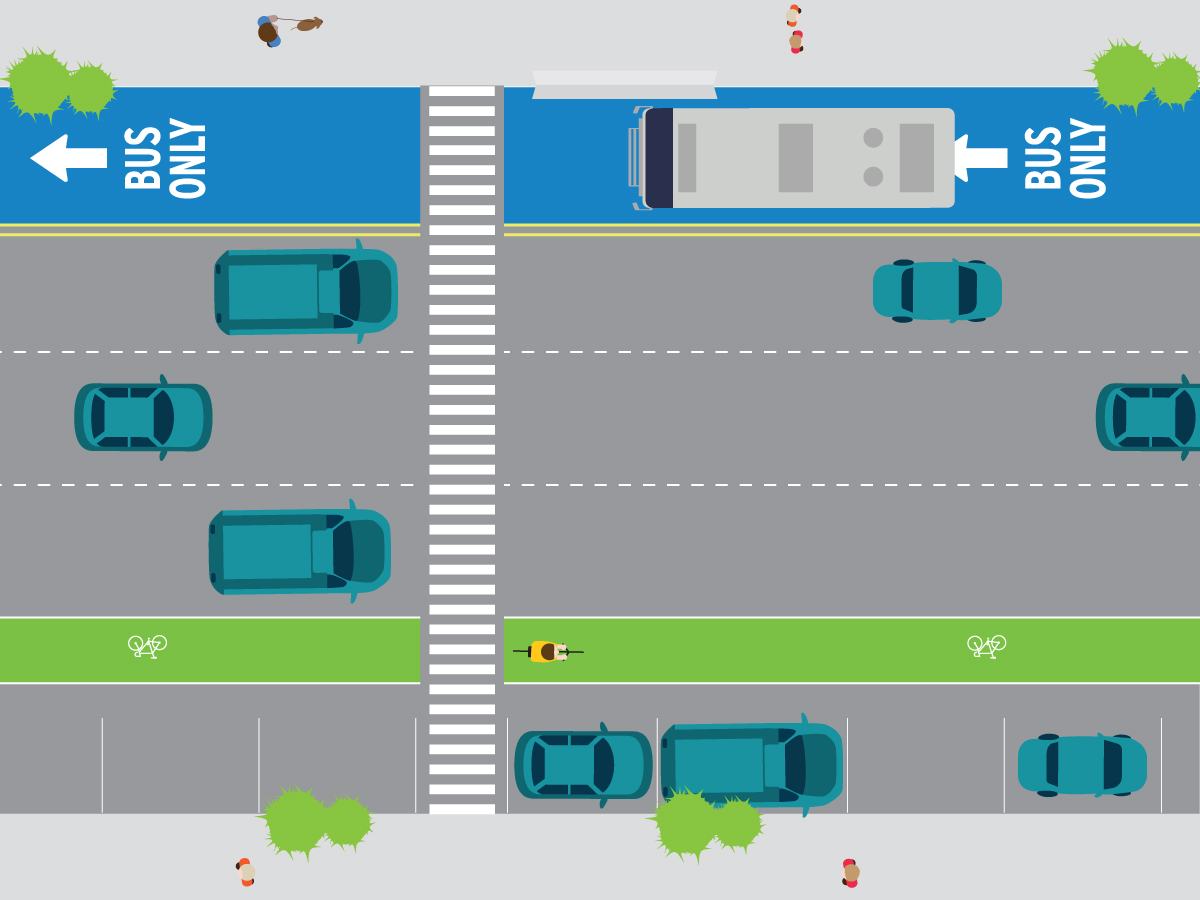 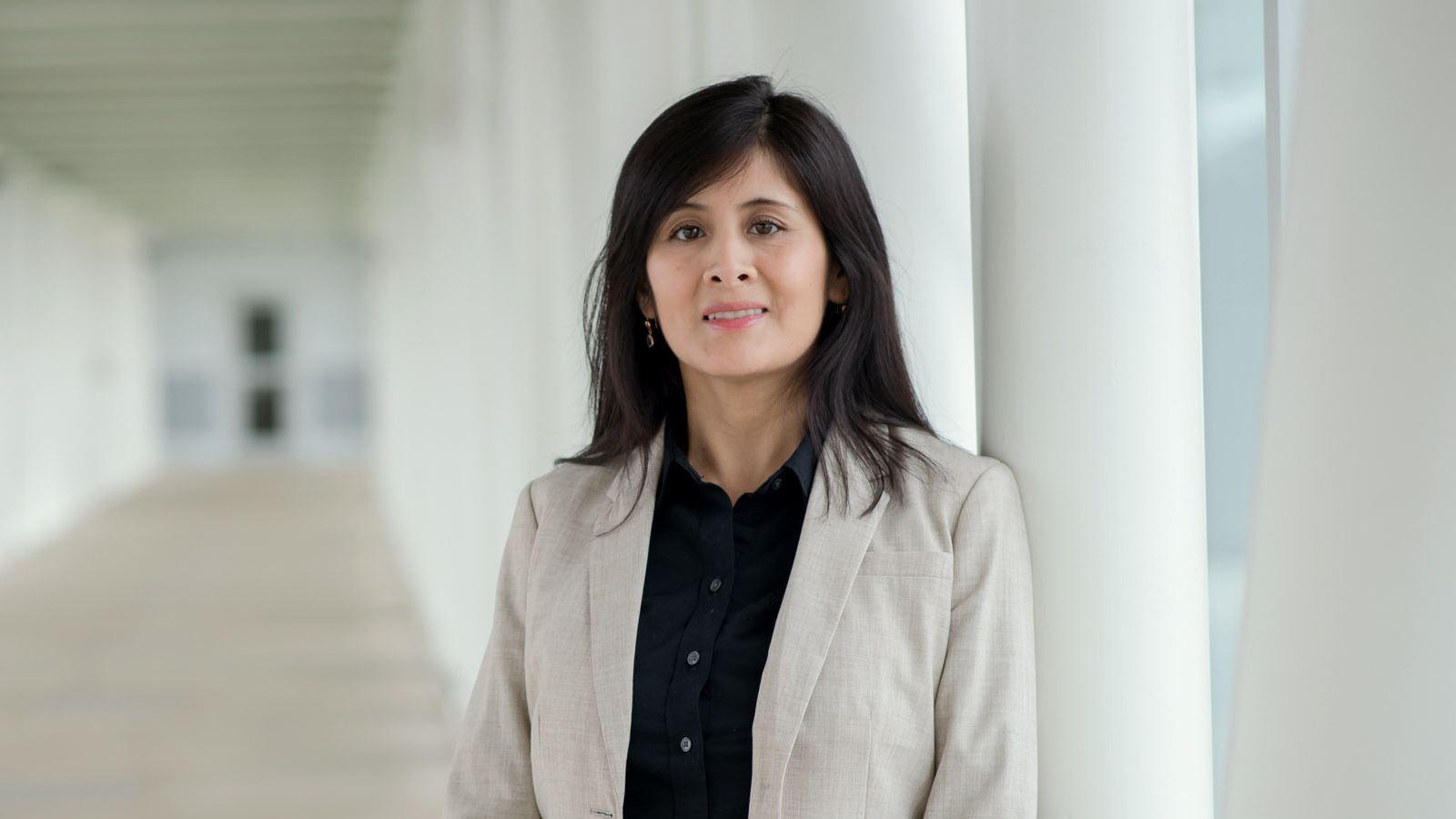 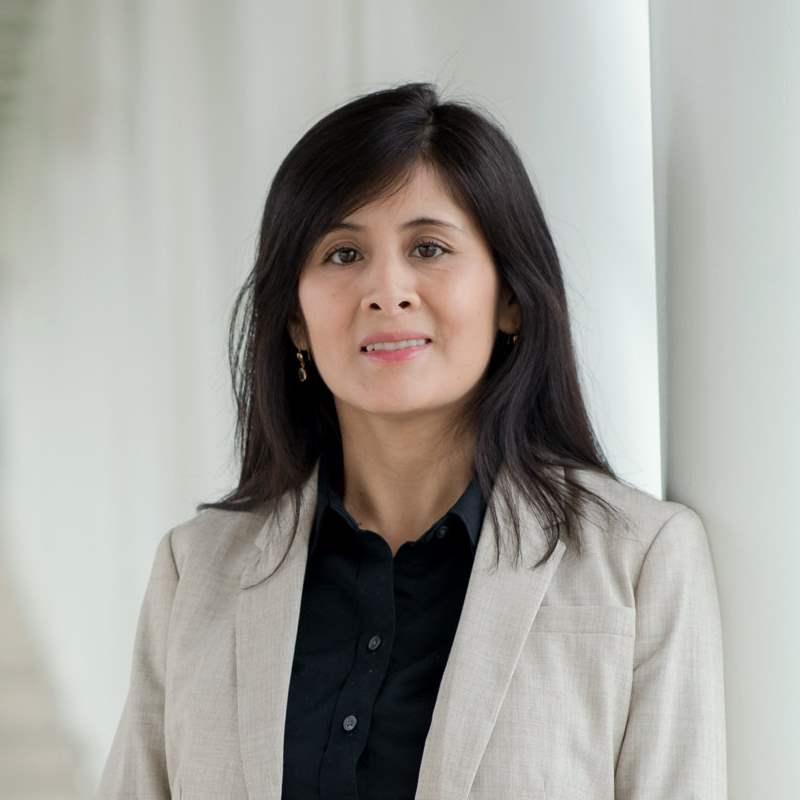 I approach projects of different types and sizes with the same mission: to improve mobility options and the quality of life for all transportation users.

Is Autonomous Bus Rapid Transit the Next Evolution of BRT?
http://www.masstransitmag.com/article/12270117/is-autonomous-bus-rapid-transit-the-next-evolution-of-brt
CDM Smith project manager Tim Sorenson explores the future of BRT and the opportunities that are presented by autonomous vehicle integration in this Mass Transit Magazine feature.
Read the article